Digital Currency is a worldwide online payment system that provides the best facility for paying goods and services, send and receive money to its customers. Digital currency is a form of money that is available in a digital form not in physical form. It’s like a balance that is stored on a distributed database on the internet. The best examples of “Digital Currency” include Cryptocurrency, eCash, and Virtual Currencies.

There are various types of digital currencies in the world like Bitcoin, Bitcoin Cash, Ethereum, Litecoin, Ripple, Zcash, and Stellar Lumens, etc. But we don’t know how these are works in the behind. But according to our research, how they are working behind we will tell you step-by-step how digital currency operates.

Creative and non-duplicable> Non-repudiable and unsuitable to “double-spend”> Limited and short in supply> Permanent and stable> Separable and consistent. Digital Currencies can not be made without Blockchain Protocol. And all digital currencies are makes by using a foundational Blockchain protocol. “Digital Currency”

Mining: How people obtain and use it in the world Once a digital currency is designed. Mining is a process that helps in adding transaction records in Bitcoin’s public ledger which is called Blockchain. And all the transactions are confirmed by every single user of the Blockchain Networks because all the users of the Network have a copy of the Public ledger and this copy is regularly updated. This practice assures transparency, responsibility, and durability for networks and their currencies.

When currencies are mined on the blockchain they are stored until anyone ready to use them. After creating a wallet provided a Wallet ID to a user that is unique as a bank account number. Wallet users can easily access their e-wallets by sign in or accessing a mobile application.

Bitcoin is one of the most popular digital currencies in the world which was started in 2009 by some unknown persons or group of people using the name Satoshi Nakamoto. Bitcoin charges reasonable trade fees than a standard online payment system and it is administered by a decentralized authority.

Ethereum is the second world’s largest cryptocurrency which is an open-source blockchain. It is the most active blockchain which is used in the world. Ethereum was found in 2013 by Vitalik Buterin. Ethereum is initially explained in a white paper by Buterin.

Skrill was founded on 27 July 2001 as an online payment system that is used to send and receive money from one country or state to another country. It is a digital wallet and is operated and owned by Skrill Limited. Skrill serves in almost 40 currencies and with the help of Skrill, you can also make payments for online shopping and for others.

Neteller is an electronic money transfer gateway that is used for making payments among the merchants. It was formerly maintained by Optimal Payments Limited that was established in 1999. You can withdraw funds by using Net+ Card or can transfer money into your own Bank account.

Webmoney is the most popular payment processor which was found in Russia in 1998. It is operated and owned by WM Ltd. With the help of Webmoney you can transfer money to your relatives and friends who live outside of the country. Webmoney also provides an application called Webmoney Keeper which you can use for making payments.

Perfect Money is a cashless online electronic payment system that was established in 2007. Perfect Money allows their customers that they can pay for their online shopping and also send and receive a money transfer. By using Perfect Money you can buy Bitcoin, Gold, US Dollars, and Euros, etc. 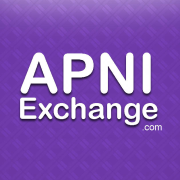 The Best Way To Cashout Skrill Dollars in Pakistan Get Verified and Trusted Digital Currency Account in Pakistan 2021